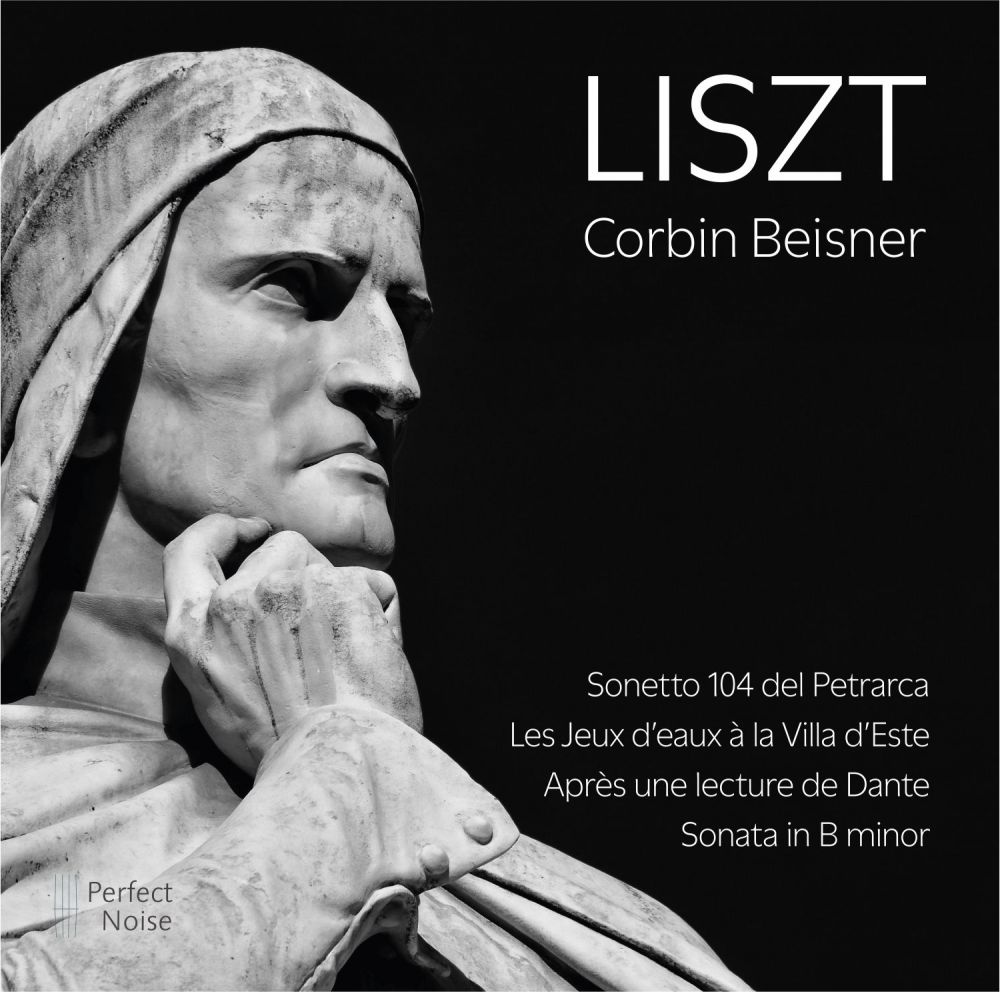 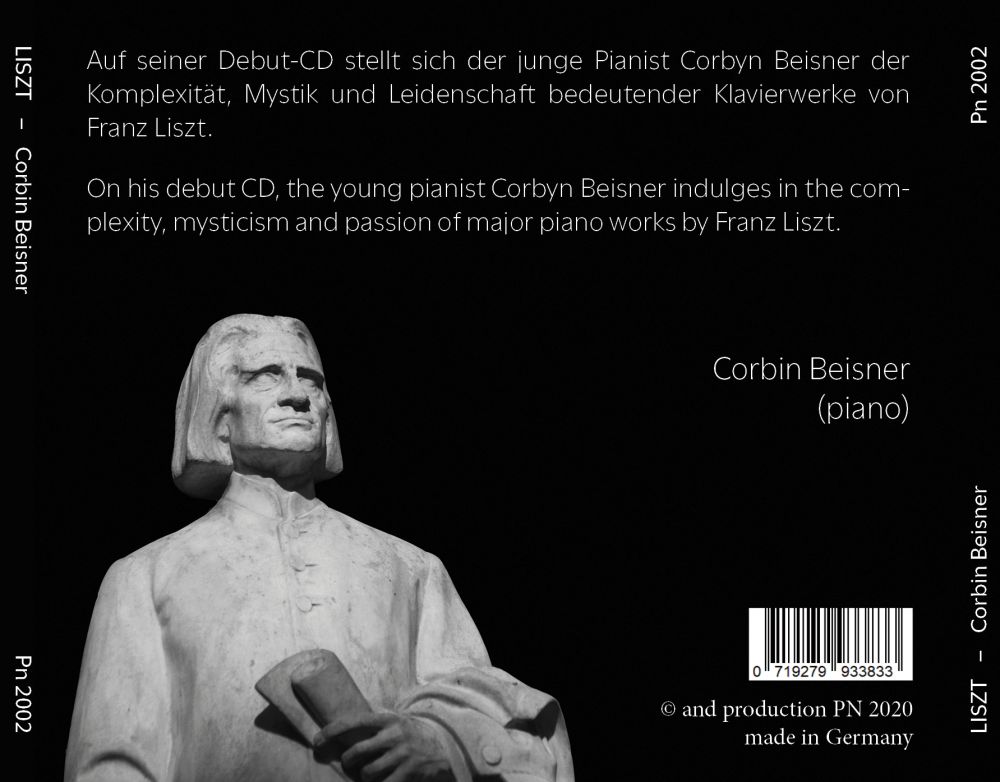 On his debut CD, the young pianist Corbyn Beisner indulges in the complexity, mysticism and passion of major piano works by Franz Liszt.

Corbin Beisner
Since his performing debut in 2006 playing Beethoven’s Piano Concerto No. 3, op. 37,
Corbin Beisner (born 1988) has been active as a classical pianist throughout Europe
and the United States.
Notable performances have included recitals at the Conservatoire Liceu in Barcelona,
Spain, the Liszt Saal at the Accademia d’Ungheria in Rome, Italy, All-Liszt
recitals throughout Switzerland, including a recital in the famous “Le Troi Roi” hotel
in Basel, numerous concerts in Budapest, Hungary, and performances at the Liszt
Summer Piano Festival at Schloss Schillingsfürst in Schillingsfürst, Germany.
In the United States, he has been invited to perform by Chopin societies in Connecticut,
Texas, the Chopin Foundation in Florida, and the American Liszt Society.
Mr. Beisner has also performed with symphony orchestras in Connecticut, Nevada,
and Indiana in the USA and in Basel, Switzerland, and has also collaborated
with many other instrumentalists. He is a graduate of the Hartt School of Music in
Connecticut, USA (BMus) and of the Franz Liszt Academy of Music (Liszt Ferenc
Zeneművészeti Egyetem) in Budapest, Hungary (M.M.)
In 2018 and 2019, he received rave reviews in the German/Swiss newspapers “Die
Neue Fricktaler Zeitung” and “Badische Zeitung”, notably for his performances of
the music of Beethoven, Debussy, Chopin, and Liszt. He is also the 1st prize winner
of the 2018 London Liszt Society Competition. 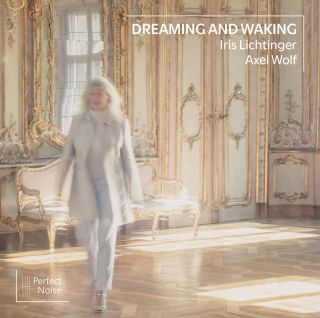