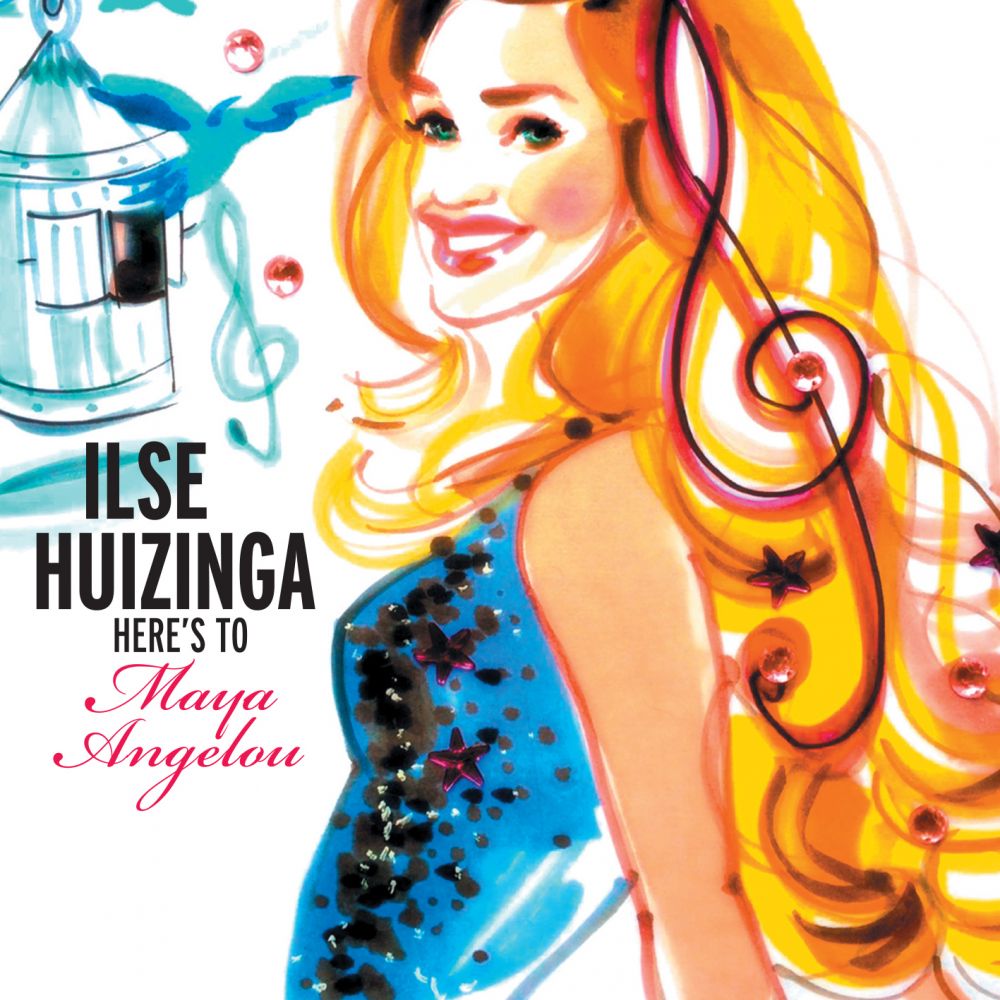 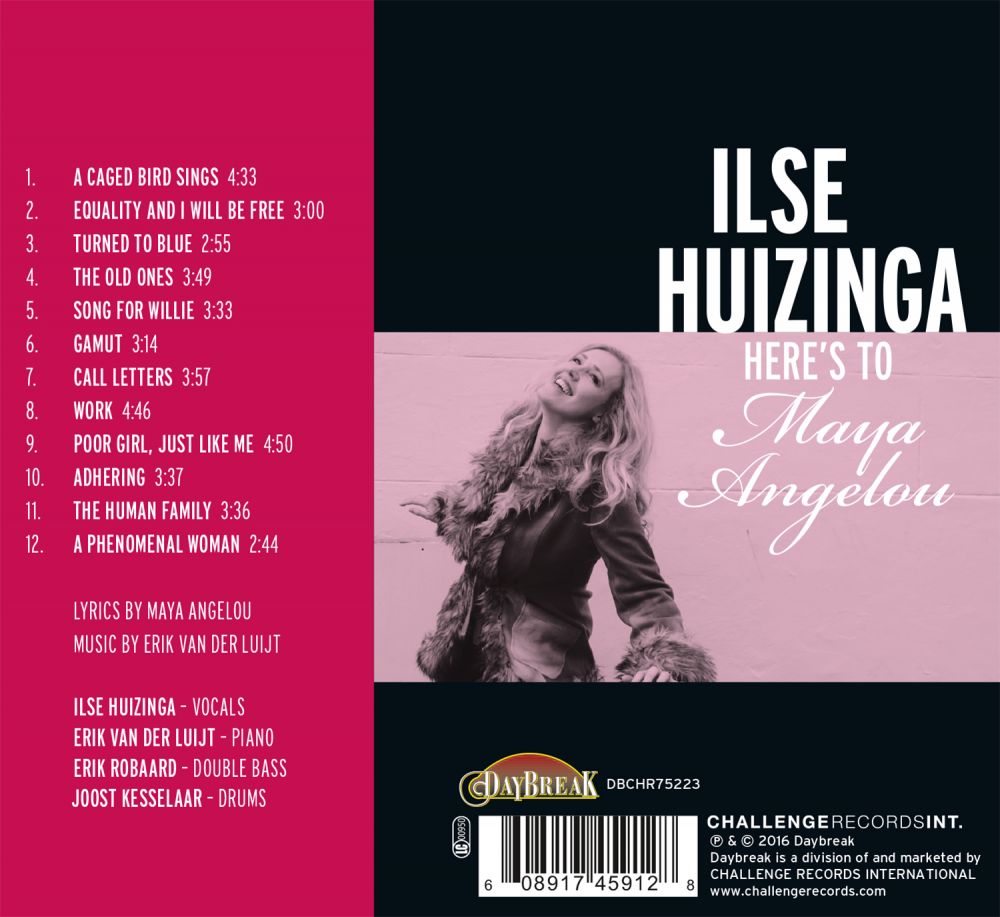 When American writer & poet Dr. Maya Angelou passed away in 2014, I discovered her extensive work of poetry. The mood, the tone and the strength of her poems touched me deeply and many of them seemed like natural lyrics to me. Maya Angelou found the words we seek to express and depict love, loss, hope and confidence. Her poems center on themes such as racism, identity, travel and love. The power of her words are still very perceptible and relevant to all of us, it seemed to me.
I began to collect the poems that resonated with me and that I felt most connected to. Within a few days, I asked Erik van der Luijt to put Maya's words to music for me. The result of our journey is here. I hope you will enjoy our efforts!

Ilse Huizinga
Amsterdam based singer Ilse Huizinga is one of The Netherlands’ renowned jazz singers. After recording six critically acclaimed albums - featuring selections of jazz standards – she just issued her seventh album presenting entirely new compositions by Erik van der Luijt.
The album marks a new path for Ilse, as this is the first time she recorded new material exclusively.

Ilse and Erik’s story is not just a story of music. They met in Amsterdam, in 1995, during a vocal jazz session in De Heeren van Aemstel, when Ilse soon needed a replacement for her regular pianist, who fell ill. Erik filled the position right away. The two have not parted since. They married in 1998 and their daughter, Ellen, was born in 2000.
Ilse’s talent almost remained a secret to the outer world. If it weren’t for her parents, who gently urged her to sign up for an education in Public Administration at the University of Amsterdam, she wouldn’t have found the way to the stage at night club Casablanca. It was there that she realized more than ever that music was her destiny and after finishing her degree, without hesitation she continued to study at the Amsterdam Conservatory.

With ms Huizinga singing beautifully and Van der Luijt’s trio swinging, this is a particularly successful “jazz and poetry” set, one that often sounds playful and celebratory. Both the power of Maya Angelou’s words and the jazz talents of Ilse Huizinga and her musicians come through well on this worthy project.
Los Angeles Jazz Scene, 07-10-2016

Amsterdam siren Ilse Huizinga perfectly seasons the sentiment and gravity of these rare songs. Virtuosity brims from this recording.
All about Jazz, 26-9-2016

''Her new album Here's to Maya Angelou contains twelve jazzy, groovy songs and is already on all the bestselling lists in Japan.''
Wendy Magazine, 13-6-2016

A surprising mix of jazz, blues and pop, where the vibrant, dynamic voice of Ilse plays the leading role.
Nadelunch, 11-4-2016