"Without music, life would be a blank to me." - Jane Austen 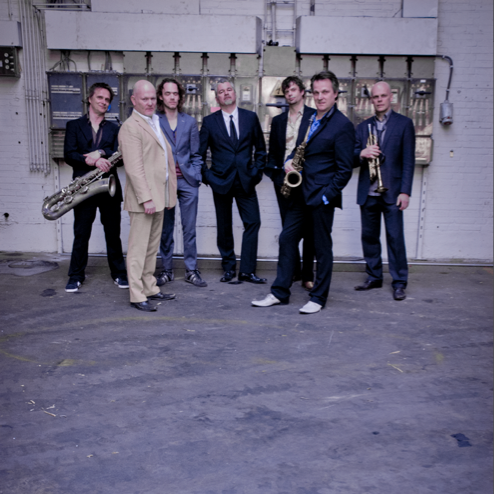 Tjeerd van Zanen (guitar) played and toured with: Jango Edwards, Rick DeVito, Back To Basic en Ugly White Belly, to mention a few. Next to being a studio guitarist he is also a producer and as such responsible for the excellent sound of the CD's of The Auratones. Tjeerd twice composed the winning song for the Dutch National Songcontest ('99 & '03) and also composed for recording artist Ilse de Lange. He is one of the co-founders of The Auratones.

Erwin Hoorweg (Fender & Hammond) plays and played with: Ugly White Belly, Bad Circuits, Gino Vannelli and his own hardbop-sextet The Houdini's. Composes and arranges for a variety of artists. One of his latest projects is the succesful CD with Blue Note recording artist Trijntje Oosterhuis & The Amsterdam Sinfonietta with music of Gershwin and Billy Holliday. Toured with the Tribute Band, New Niks (with drummer Arend Niks), Bongomatics and Dutch recording artist Frank Boeijen. His genes are very strong: his daughter Kim was signed by Universal at the age of 14 as jazz singer and appeared straight away at the North Sea Jazz festival.

Rolf Delfos (Alt- & Tenorsax) plays and played with: The Houdini's (see bio Erwin) which toured Australia & the U.S. and recorded in New York in the famous studio of Rudy van Gelder, the Frank Grasso Bigband, Tribute Band (tribute to Dollar Brand & van Otterloo-project), Cubop City Bigband, Loïs Lane, Frank Boeijen en The Quiet American (Jazz Festival Jamaica). Toured Portugal and Spain with the Paulo Gomes Group. Playes together with co-member Peter in the superb Artvark Saxophone Quartet and in his trio The Lewinsky Quartet. Rolf teaches at the Royal Conservatory of The Hague and the Conservatory of Zwolle.

Peter Broekhuizen (Baritonsax & Flute) played and toured with: Candy Dulfer & Funky Stuff in Japan, Asia, Europe and the U.S for several years. Played in the orchestras of Shirley Bassey, Van Morisson, The Four Tops and The Temptations. Plays recently with Dutch soul revelation Alain Clark and the new afro-beat hit AIFF. Played latin music with Lucas van Merwijk's Cubop City Bigband and toured in Colombia with Rumbatá. Jazz with the Dutch band Jazzerall with drummer Arend Niks and is a member of the unique jazz saxophone quartet Artvark, with co-member Rolf. Peter is also arranger. He arranged the Van den Ende musical "Saturday Night Fever" and did the arrangements of a variety of TV-shows.

Marcel Reijs (trompet) played for 9 years as soloist with The Glenn Miller Orchestra. Played with his own quintet in the finals of the Pall Mall Swing Award in ’88. Played as freelancer with The Bob Brookmeyer Big Band and The Dutch Jazz Orchestra with arranger/director Jerry van Rooyen. Is a steady guest of The Jazz Orchestra of the Concertgebouw and Benjamin Herman’s The New Cool Collective Big Band. He did tours with The Golden Earring and Jo Lemaire from Belgium and three European tours with "Elvis The Concert" with Elvis Presley's original bandmembers. He recently recorded with the Amina Figarova Septet and toured with them trough Europe and South-Africa. 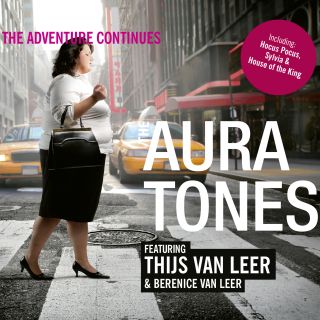 € 5.95buy
The Adventure Continues
The Auratones 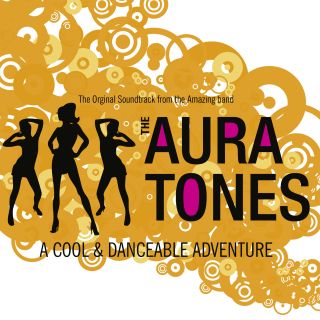